Top 5 Minecraft Xray Texture Packs 1.14.X are Xray packs, mods, resources which are compatible with the latest release of Minecraft. These versions include Minecraft 1.14.4, 1.14.3, 1.14.2, 1.14.1 and 1.14. Xray Packs provide players the ability to see through certain blocks and textures making it easier for them to find veins, ores, mobs, lava and even other players. Since Xray Packs were first created it has made countless gamers lives easier as they are now able to mine Diamonds and other valuable resources easier.

On another note, Minecraft 1.17 already have some Minecraft xray 1.17 which you can use to make the blocks and textures transparent to help you harvest resources faster than ever. At the same time it is also available for Minecraft 1.16 and definitely for all the other future versions.

Our Top 5 Minecraft Xray Texture Packs 1.14.X includes mods which allow players to toggle their xray on and off. It also includes resource packs and texture packs which easily replaces default textures with transparent ones making them see through other blocks.

What are Minecraft 1.14 Xray Texture Packs

Xray Texture Packs are any customization for Minecraft which can allow a player to see through other blocks - hence the term "Xray". There are multiple Xray packs and many kinds of xray packs. They range from simple texture replacements to whole mods which you can modify and customize. Our Top 5 Minecraft Xray Texture Packs 1.14.X consists of different types of Xray Packs.

The most common type of Xray packs are texture packs like granybaccon's Xray Pack (which we have also featured in this list) which basically just replaces most textures of cobblestone, andesite and etc. They have replaced it with glass like textures which allow players to see through and find more valuable blocks easier.

Due to Minecraft being a sandbox and opensource game many people believed that it is not considered "cheating" to use Xray Packs on multiplayer servers to get an advantage in the game. However, most if not all of the servers currently have anti xray detection which automatically blocks and disconnects players who have Xray Packs activated.

Servers and private servers alike consider it a taboo to use Xray packs due to the fact that it technically "cheats" other players. This is because with an Xray pack a player can quickly find diamonds and other valuable resources faster then any other player. He can also use the pack to locate other players and player's bases and raid them.

We at minecraft-resourcepacks.com NEVER condone to cheating which is why we only recommend using Xray Packs for solo play. Please use the Top 5 Minecraft Xray Texture Packs 1.14.X for a good cause.

There are literally hundreds of Xray packs that you can find scattered throughout but our team of Minecraft fanatics have made it simple for you as we have compiled only the best of the best. We have created the Top 5 Minecraft Xray Texture Packs 1.14.X to make it easier for players to find the Xray pack which suites them the best.
Without further ado, here is our Top 5 Minecraft Xray Texture Packs 1.14.X!
Please share on facebook, twitter or any other social media!

This Xray Pack is specifically a Mod. Plenty of people have a hard time trying to install and make it work due to it's more complicated installation mechanics and usage. However, if you do get this badboy to run then you are in for an awesome treat! Since this Xray Pack is a mod it is capable of being customized to your hearts content.

This Xray Mod has been widely used by some mining expedition YouTube channels to help them excavate and mine faster when they are not recording. This Mod is also accurate and has customizable lighting to help make it bright when seeing through the blocks. 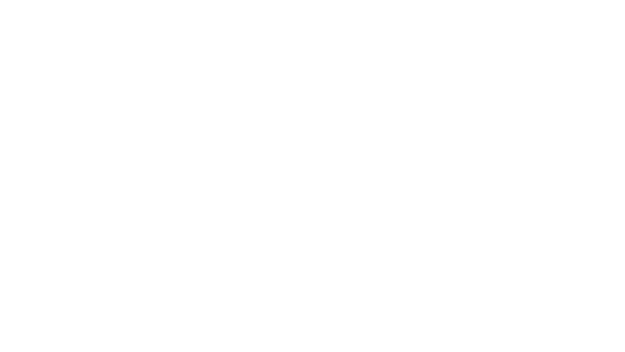 This Xray Pack was created by one of the superstars - BeastX. This Xray Pack is one of the most prolific Xray pack due to the fact that it is easy to install and very efficient. This pack contains all you need to find and locate diamonds fast and easy. It allows you to look through thick layers of blocks and quickly locate your desired resource.

If you are looking for a super easy way to find any type of vein then this Xray Pack is for you.

GranyBaccon is not yet as famous as BeastX as he is still fairly new plus his YouTube channel has yet to explode yet however do keep your eye out for this rising star. This texture pack replaces cobblestone, andesite, diorite and most other "useless" blocks with transparent texture making it easy for a player to see through almost anything.

This Xray pack is not perfect due to some darkness and it's lack of ability to not see veins which are not exposed by a single block. However, it does make up for it's simplicity and ease of use. It's really lite, easy to download and does the job.

Xray Resource Pack is guaranteed to provide you with all you need plus you won't need to scratch your head or bang it on a wall to install it.

I bet you already knew that Xray Ultimate was going to be number 1 ! Everytime Xray packs are being brought up into discussion, Xray Ultimate is automatically the pack being talked about. This Xray pack is one of the first Xray packs and is still continously being made compatible with the most current versions of Minecraft.

Xray Ultimate provides great lighting making it easier for you to search through the vein or resource of your choice. This texture pack also has one of the most easy xray displays so you won't have to really worry about falling into lava. This is easily the most complete and effective Xray pack currently around.

Top 12 Texture Packs of the Month

If you are trying to look for the best premium texture packs that are currently HOT then you need to read our Top 12 Texture Packs of the Month which we regularly update! Our team of diehard Minecraft addicts have gone through every possible pack that you can find in the internet and have cimpiled it just for you!

This top 12 list features top PvP packs, top trending packs, and our most downloaded texture packs of the month. We have tried and tested each pack on the list to ensure that they truly provide the most immersion and gaming experience efficiency as their name reputations suggest.

Aside from our top 12 texture packs of the month we also have one of the most reliable and accurate top 10 list for Minecraft 1.14.4, 1.14.3,1.14.2,1.14.1, and 1.14. Since Village and Pillage has been released more and more people have now fell in love with Minecraft once again. Due to this spike in the trend tons of gamers have inspired us to make this comprehensive list.

This top 10 list features the most breathtaking and aesthetically beautiful texture packs that you can possibly find in the Minecraft universe. These texture packs range from Medieval themed packs to amazing Faithful packs which remain "faithful" and true to the essence of Minecraft. Read our list now and be amazed!