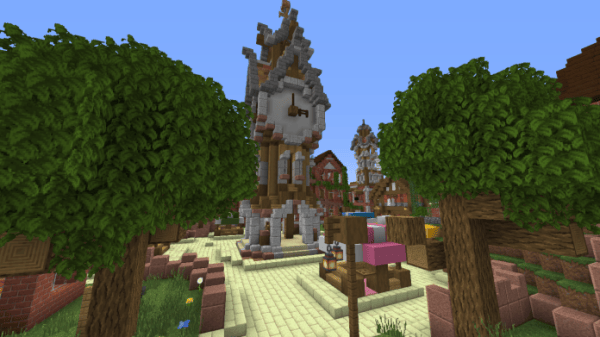 Warriors Pack 1.16 PvP Texture Pack is one of the best ways to unlock the destructive and menacing Minecraft warrior hidden inside of you (I know you have it in you, Steve!). Thought, don’t be surprised if this pack’s name gives you the wrong idea on what it is actually about. Sounds mysterious, right? Well if you want the answer to this mystery, keep reading!

So rather than being a pack about swords, armour, or heck, even battling, Warriors Pack is actually about making Minecraft look better. That’s right, it’s actually a vanilla-style resource pack that delivers beautifully faithful textures that would make even the most seasoned of Minecraft players get excited. But don’t let that make you think that this pack is boring. In fact, this is one of the nicest looking packs I’ve seen in a good while.

Self-isolation sucks, but thankfully we’ve got a boat load of content constantly being reviewed on this site. You (and your socially distant friends) can enjoy all the meats of the Minecraft community stew by checking up on all our latest content coverage. And since you’re here, why not give Warriors Pack a try? After reading the rest of the review, of course!

Is Warriors Pack 1.16 PvP Texture Pack fun to play with?

Yup! I had a great time playing with Warriors Pack for a solid few hours. I’m a big sucker when it comes to vanilla packs, and I’ve seen a lot in my time. Luckily, this one manages to stand out thanks to its impressive level of quality and overall tasteful texture designs.

A lot of the textures offer objective improvements over the classic Minecraft versions, and there’s a palpable sense of quality just everywhere you look in-game. This is in part achieved by the pack’s upgrade from 16x16 resolution to 32x32 resolution, allowing the pack to really cram in a lot more detail that would otherwise be absent.

One of my favourite textures is the bushy leaf block texture. It’s a great use of Minecraft’s texture system and the extra detail on the foliage is beautiful to look at, especially in heavily wooded biomes.

My only gripe with the pack is that it isn’t too focused on PVP, despite it being in the name. Items like armour and swords have taken a pack seat and haven’t got unique texture designs, with them essentially just being the vanilla versions but with higher resolution. It’s a bit of a bummer, because this pack would be something very special if it had some PVP specialisation thrown into the mix.

✔ Has its own style while upholding Minecraft’s classic look

✔ Texture changes that are both visual and practical

X Some texture changes are a bit lacking

X Would not recommend to players who avoid faithful packs

Looking to unleash your inner warrior with Warriors Pack 1.16? Glad to hear it. The first step towards your warrior-hood is installation. Thankfully I have that covered for you with my handy installation walkthrough. Just check out the section below for a short rundown of resource pack installation for Minecraft 1.16.

To complete the installation, move the zip file into the resource pack folder. Lastly, go to the Minecraft resource pack menu and enable Warriors Pack to play with it.

Below is where you can find download links for Warriors Pack 1.16 PvP Texture Pack