Sildurs Vibrant Shaders 1.14.4 is a shader pack that creates stunning new effects on top of vanilla Minecraft. Looking for some fresh new visuals? Then read on to find out all you need to know about SIldur’s impressive shader pack. 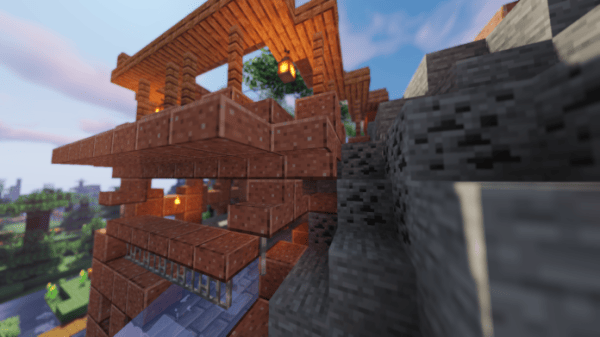 It’s clear from the get go that Sildurs pack holds no punches when it comes to its lighting and processing effects. “Vibrant” is definitely appropriate! Sildur’s pack makes use of depth of field, underwater shadows, colored shadows, regular shadows, cel-shading, color boost, reflections, cross processing, as well as motion and distance blur. Personally though, a lot of these effects seem to become a bit of a headache as having so many different and powerful things going on all at once starts to make the screen very busy.

However, in more closed off areas where the dynamic and post processing effects were a bit more subdued, I enjoyed the visuals immensely. It was in more wide and open spaces when the sun is beaming down directly above you, I found myself starting to dislike the visual aspects of the pack. Ultimately, these kind of situations produce very nice looking screenshots, and admittedly the pack looks fantastic for short amounts of time, but it’s a very full-on kind of pack and because of this I started getting fatigue after around thirty minutes of play time. On a positive note however, the little details⁠—such as rain trickling down the stream⁠—are some of the best parts of the pack,

Specs-wise you’ll definitely need a solid computer to run the pack at a steady FPS. It takes a lot of different kinds of trickery to get Minecraft looking that good, so you’ll need some good solid gaming hardware. It’s good then that this pack also has a decent amount of settings options. You can change the standard set of shader pack visuals, ranging from animations to parameter intensity. Though, despite how high end the pack is, there is a distinct lack of settings compared to other shader packs out there.

It’s safe to say that with its extremely in-depth and powerful effects, this isn’t for a pack for a shader newbie or a run-of-the-mill laptop gamer. Although, if the vibrant edition is a bit much for you, Sildur also has created two other versions of their shader pack, including a basic and enhanced pack for those who want a less intense version of Sildur’s Shaders. 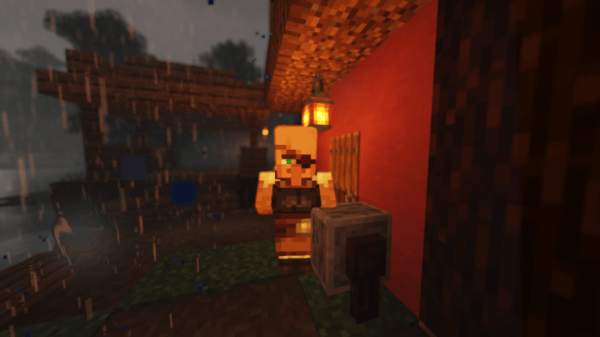 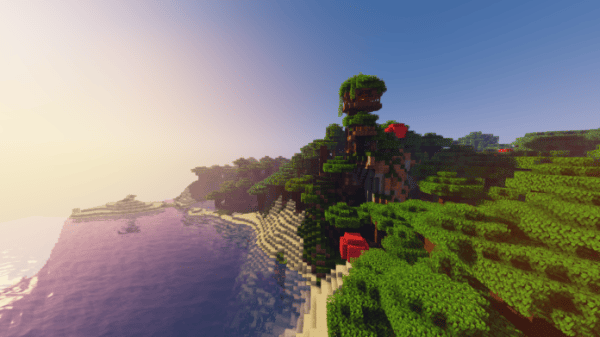 How do I install Sildurs Vibrant Shaders 1.14.4?

To get Sildurs Vibrant Shaders 1.14.4 you’ll need a good high end computer. Make sure your CPU and graphics card can handle the power boasted by this, shall we say, vibrant shader pack.

Thanks to Optifine HD, the two requirements for this shader pack are the pack itself and Optifine. To start, you need to have a version of Optifine installed into your Minecraft Launcher. Download Optifine and use the installer to install the addon. Then launch Optifine at least once from the newly created Mincraft Launcher profile before installing Sildur’s pack. Open up Minecraft again with the Optifine profile and go to options>video>shaders and click “Shaders Folder”. When the folder pops up, move the downloaded shader zip folder into the shader folder. Close down file explorer and return to Minecraft and select the shader with “Sildur” in its name. There you have it! One fresh Sildur’s shader pack.

Below is where you can find download links for Sildurs vibrant shaders 1.14.4