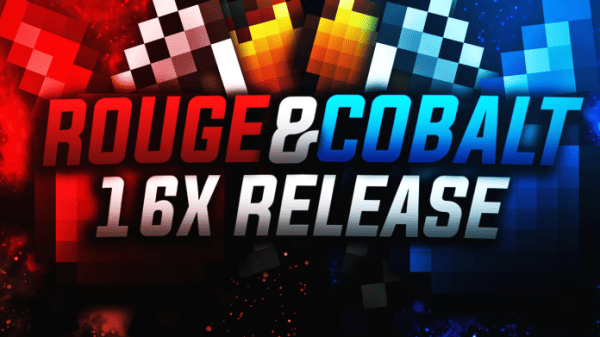 Both of the new texture packs released by iSparkton are FPS Boosting PvP Texture packs for all the UHC diehard players. They both run at 16x resolution and are very idealistic to use to get that extra framerate to pawn some newbies and rivals alike.

The Rogue 16x FPS PvP Texture Pack is crimson based. It replaces the conventional colors of Minecraft with more suitable PvP colors which are based from red/maroon/crimson color patterns. This includes the weapons sets, armor sets, golden apples, tools and more. It also includes awesome glow effects and custom particles to complete the set.

On the other hand, the Cobalt 16x FPS PvP Texture Pack is based on blue color patterns. It replaces your default texture packs with cooler looking blue themed texture packs. This texture pack replaces all of your diamond weapons, diamond armor, golden apples, some tools and also has custom particles and glow effects which make the game look even cooler especially when you are having a thrilling battle to the death with a skilled foe.

We would like to request you to support and subscribe to the Creator of this pack - iSparkton. Please subscribe to his channel to get more awesome PvP texture packs and keep supporting his work. Remember not to skip ads 🙂

If you love this pack and want to have more in the future, you can show your love to its original creator. You can see credits of who made this pack in texture packs section of Minecraft settings. You can check his Youtube Channel to support him. You can check more PVP packs over here.

To make sure you get the best game experience possible we strongly recommend using PvP Texture Pack in combination with Optifine. For the best PvP experience, we recommend you use Minecraft version 1.8 or 1.7.

If you don’t know how to install Rogue & Cobalt 16x PvP Texture Pack for Minecraft? just look below, we’ll provide you with a short tutorial there. This installation guide should work with all Minecraft versions. To see the Official Download Links just scroll down.

1. Make sure you have installed Optifine.
2. Download Rogue & Cobalt 16x PvP Texture Pack for Minecraft?  from the official links.
3. Start Minecraft, navigate to “options” then.
4. Navigate from “options” > “Resource Packs” > “Open resource packs folder”.
5. Drag and drop the pack into the folder.
6. When you now launch Minecraft you should see the Pack. 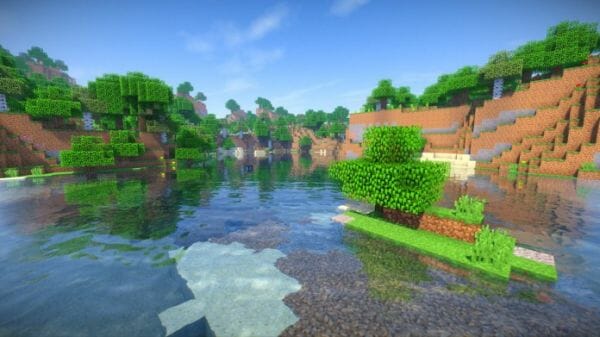