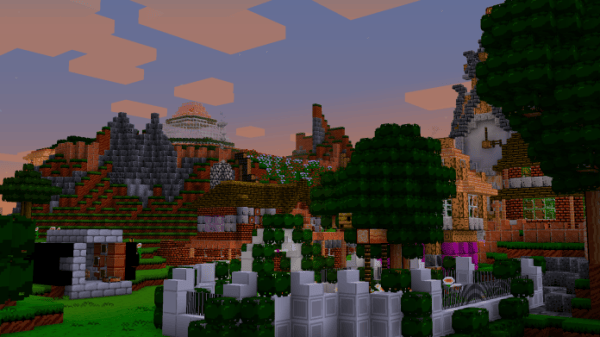 Love retro video games? Love Minecraft? You’re in luck. This review covers Retro NES 1.16, a resource pack for Minecraft with a classic video game style. Read on to hear each and every ‘bit’ of detail of this nostalgic theme pack.

Unlike most resource packs, Retro NES isn’t about attempts to get the highest resolution or the most realistic textures. In fact, it aims for pretty much the exact opposite. This pack is all about recreating that classic NES look from video game days gone by, where graphics were counted in bits, and pixel art was the name of the game.

Retro NES 1.16 is an awesome resource pack for fans of retro and vintage gaming. Take a trip back in time with this pack installed and rediscover the world of Minecraft again through the lens of awesome pixel art graphics.

For many gamers, bigger and better graphics are the main objective of new game releases. That said, Minecraft had a significant impact on how people perceive graphical quality in relation to a great gaming experience. However, some players justifiably want to go back to simpler times, and this pack manages to achieve just that.

The textures in this pack are authentically retro yet still manage to convey enough of Minecraft’s spirit so that things don’t become too confusing. There’s lots of variety in the sources of inspiration too, and fans of classic video games will get a real kick out of spotting little references and allusions to some of gaming’s biggest hits.

There is a surprising amount of color and variety in the pack too. While some retro-themed packs rely far too heavily on recognizable and iconic bits of pixel art from classic games, this pack shows off some of its own artistic flair with original artwork that better encapsulates the different blocks and items in the Minecraft world.

As the art style is such a departure from vanilla Minecraft, expect that many of your builds to look drastically different thanks to the pack’s textures and color palette. For the most part, lots of the game is recognizable, but there’s a sizable amount of change when swapping from another set of textures.

Obviously, since the pack’s style is so bold, it’s bound to turn off some players while appealing heavily to others. If you’re not a fan of 16x16 packs, then it can be hard to justify a pack such as Retro NES. However, if you love packs with strong, stylized aesthetics, then the pack comes highly recommended.

✔ Runs very well and causes no dips in performance

X Not recommended to fans of realistic packs

X Probably not compatible with most mods, maps or servers

After some retro-style rambunctiousness? Retro NES is a surefire way to add some classic video game style into your Minecraft playthroughs. Take a look at the section down below to see how to get this pack, as well as most other packs, downloaded and installed in just a couple of short minutes.

First, you need to download the pack as a zip file. Once the pack is downloaded, keep it in a place where you can easily find it again, such as your desktop. The next step is to open up the folder named ‘resourcepacks’ in Minecraft’s game files.

To find the folder, go to Minecraft’s options menu and navigate to ‘resource packs’ and then click ‘open resource pack folder’.

Alternatively, use your OS’ file explorer program to find one of the following file directories (the one relevant to your computer’s operating system:

When you’ve got the folder open, place the zip inside and activate the pack in Minecraft’s resource pack menu.

Below is where you can find download links for Retro NES 1.16 Minecraft Texture Pack

At the end of the day, if you want to play Minecraft you first need to download OptiFine! There are millions of players in Minecraft make sure that you are using fair mods that does not disrupt or bother gameplay of other players.