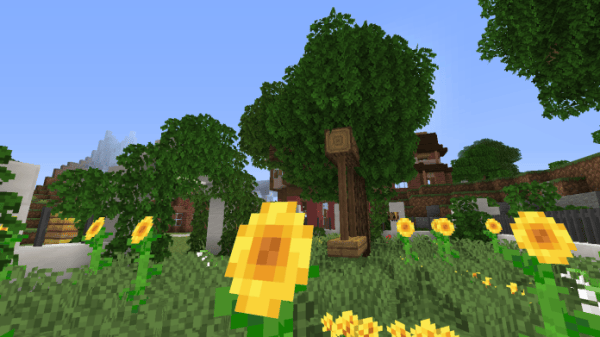 Nates Tweaks 1.16 - Minecraft Texture Pack is a resource pack for the newest Minecraft snapshot, 1.16. And although new netherite items and armour is great and all, we still want to be able to use our favourite resource packs! And so enters Nates Tweaks. This long-running pack is for making some subtle and tasteful changes to the regular vanilla formula. If you’ve found vanilla Minecraft has become a bit stale, you’re a tweaking tinkerer, or you just want to try something new, then this is the pack for you.

Nates Tweaks 1.16 - Minecraft Texture Pack is all about the little things. After all, it’s the little things that make up life, right? Clearly Nate got that memo, as this resource pack is only about making small quality of life changes, as well as shaking things up with some personal preferences too. If you’re a die hard vanilla player but are still looking for some fresh resource pack content, then here’s one for you to try out.

Self isolating! It’s likely that you’re doing it right now. As you read this very sentence! Well don’t fear my responsible little Minecrafter, as you can easily defeat the boredom of hours indoors by checking out all the cool resource packs we have to offer. And hey, why not start by trying out Nates Tweaks 1.16?

Is Nates Tweaks 1.16 - Minecraft Texture Pack fun to play with?

This pack is awesome for if you’ve gotten to the point where vanilla Minecraft is feeling just a little bit old. We all get it from time to time, and there’s no better remedy than trying out a cool little pack like Nates Tweaks.

Clearly the eponymous Nate has a great eye for detail, since this pack is full to the brim with the stuff. I’ll admit, if you’re after an retro-futuristic-cyberpunk-steampunk-RPG-128x128 resource pack, then you won't find what you want here. However, if you’re someone who likes a pack that has been entirely tailored to add awesome tweaks to vanilla Minecraft, then you might just want to listen to what Nate has got to say.

One of my favourite additions used in this pack is the big, bushy leaf blocks. Instead of being weirdly translucent or just straight out flat, Nates Tweaks makes full use of clever 2D texture design and makes the leaves look incredibly natural and organic looking. Likewise, the simple grass block looks beautifully gritty. What’s more, the pack also adds cool new details for the new 1.16 as well, so you can explore all of the game’s new content.

X Perhaps a bit too simple in some regards

Nates Tweaks 1.16 is a simple pack, so it makes sense that the installation process would be simple. Thankfully, this is the case. In fact, all you need to do is read my basic guide down below and you’ll learn everything there is to know about resource pack installation. And the fun doesn’t stop there, as this process applies to most resource packs, so you’ll always know what to do when you find a cool new resource pack to try.

With the folder open, move the zip file from earlier into it. Lastly, enable the pack as active through Minecraft’s resource pack menu.

Below is where you can find download links for Nates Tweaks 1.16 - Minecraft Texture Pack