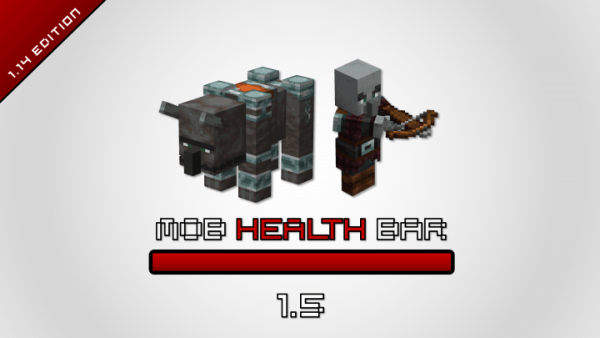 Mob Health Bar 1.14.4 (SSP/SMP) is a punchy little data pack that displays a health bar for every mob you lay your eyes on.

Fundamentally, what the data pack does is create a big red health bar at the top of your screen. This is obviously handy as it lets you know how much health your enemies have at any given time. The positioning and size is helpful, preventing itself from taking up too much of the screen. 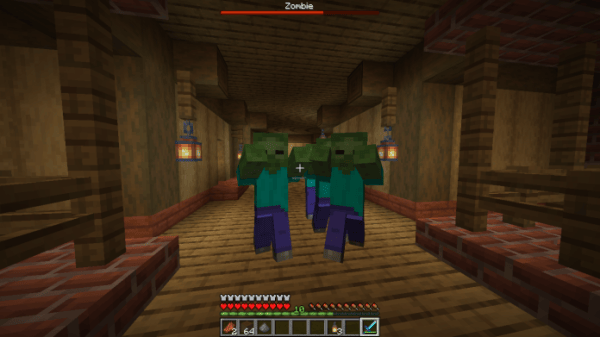 Whilst tinkering around with the Mob Health Bar 1.14.4 data pack, I knew something about it seemed familiar. Something felt so right about having that handy health bar at the top of the screen. And then it came to me. The reason why this mob health bar system seems to fit in so well with Minecraft is because it seems ike it's using the same assets as the Ender Dragon boss health bar. It's a clever way of repurposing pre-existing Minecraft content and expanding its uses, so kudos for that!

It doesn't float above mob heads, so you'll have to stare the mob you want to see the health of. Another factor is the health bar only works on one mob at a time. I also found the reach to be pretty short, only popping up when I was in hitting distance of an enemy. This makes logical sense, but it felt like increasing the range slightly would have given a nice tactical advantage before entering a skirmish.

In singleplayer the data pack works without issue but multiplayer has a few minor bugs, including some flickering and health bars not displaying for the same mob for more than one player.

This data pack would be great for someone just starting out with Minecraft and wants to play on Java. Currently, Java is the least newbie-friendly version of Minecraft out there, and knowing what enemies are currently chasing you through your first mine is a welcome bit of information for players who haven't yet scoured the Minecraft wiki.

It's nice to see just an overall well made little data pack. It must be said that it's a bare bones pack, so don't expect too many thrills. But Divano promises a mob health bar, and by gosh, with this data pack, you'll get a mob health bar!

Villagers also have their profession displayed next to their mob name which is a nice feature to have for when you're swapping through a lot of resource and texture packs and you're not quite familiar of what everything looks like. 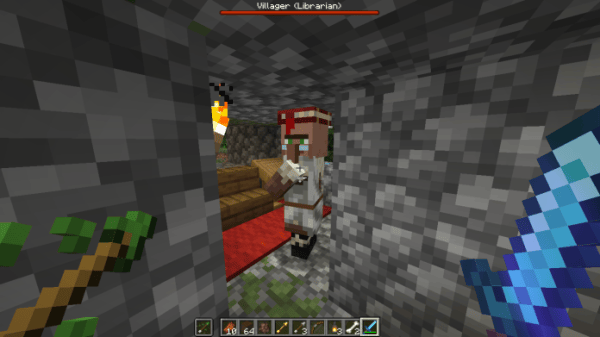 What are Mob Health Bar’s pros?:

✔ Delivers on exactly what it promises

✔ Clever use of pre-existing Minecraft code

What are Mob Health Bar’s cons?:

X Could use more options

X Would benefit from some further development 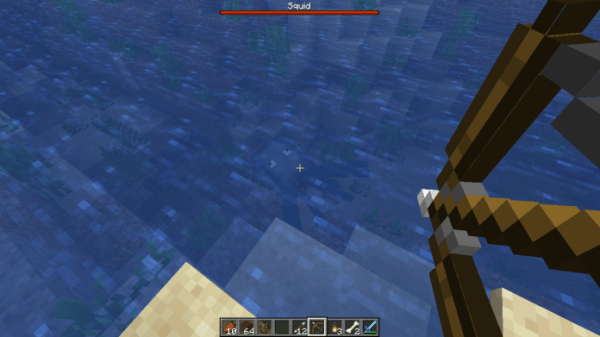 Looking to get your very own universal health bar? Read our short guide below on how to get it installed.

The Mob Health Bar is a Minecraft data pack Mod, so to get it working on your version of Minecraft you'll need to locate your saves folder. This can be done through the following.

Press Win+R, then input %appdata%.minecraft, then press Ok. This will take you into your Minecraft directory. Then just open the “saves” folder. You'll need to choose the save you want to use data pack with, so open up the save you want to affect. Then, simply drop the zip file into the folder labelled "datapacks". This will apply the data pack for that specific Minecraft save. If you load your Minecraft save, and the health bar doesn't show up, try entering the command "/reload" into the text chat.

Below is where you can find download links for Mob Health Bar 1.14.4