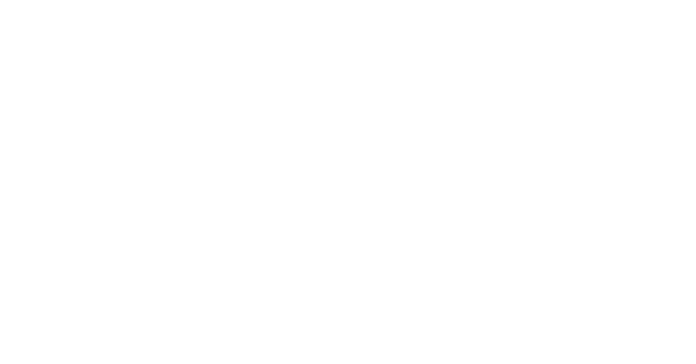 Minecraft Dungeons Best Character Builds is a key interest for players to search up and study about because knowing that Minecraft Dungeons will be a Dungeon-crawling RPG with specific builds, and tons of loot, it has prompted players to have an interest in what kind of character builds they would want to have themselves and make combat easier for them.

There are countless types of armors in Minecraft Dungeons whether it’s for an archer, tank, support-type, etc., and depending on your build, the type of armor will heavily contribute to your ideal build. In Minecraft Dungeons, Armor types represent the character build that you’re aiming for, although weapons come second, armors are the most essential part of focusing on which character builds you’re aiming for.

For example, Archery Builds can be combined with any other weapon since Bows are a secondary slot weapon that can be equipped, but it’s just a matter of whether you want to have an entirely focused archer build or not, it’s completely alright to have heavy armor for a tank class and still have a strong capable Bow equipped. You can also have a Hammer meant for a Tank or Damage dealer build and have light armor equipped along with it, though not recommended but works to some degree, although it’s just an example of how flexible characters builds are in Minecraft Dungeons, making it work is subjective but also objective depending on the user.

Weapons in Minecraft Dungeons can be widely used among many kinds of builds. Like what I said in Minecraft Dungeons, weapons and armors are more hybrid and flexible in terms of functionality. Choosing weapons for what build you want is important simply because it makes the character build work, even if I said armor builds are essential, how your combat role plays out is based on your weapon. So, with that said, let’s check out some amazing types of weapon builds we can do in Minecraft Dungeons since Minecraft Dungeons is still in beta, we will focus on what exists during the Beta and what we can find from online references.

One-handed melee weapons in Minecraft Dungeons mostly consist of Swords, Pickaxes, Scythes, and more unconfirmed weapons. These weapon types mostly focus on a variety of builds but can be entirely based on damage-dealing builds (DPS) and Tank based builds.

Two-Handed weapons mostly consist of Hammers, Axes, and Longsword-based weapons like the Hawkbrand, Claymore, etc. This weapon type is mostly focused on slower attack speed but bigger damage, which caters to Tanky / Heavy Armor builds due to their heaviness but powerful damage points. Of course, usually, these weapons have a greater knockback effect and stun effect, so it’s great for a Tank build user.

Dual-wielding weapons like the Nightmares Bite, Sickles, and Daggers are mostly focused on Attack Speed builds and are highly effective for clearing a horde of enemies quickly. Dual-wielding is all about agility from fast movement speed, fast attack speed, and anything that can make them agile during the battle and escaping from combat.

Bows like the Red Snake bow and Pink Scoundrel Bow is the most favorited type of range weapons in Minecraft Dungeons not because there are only a few selections of range weapons in Minecraft Dungeons but Bows are probably the most powerful weapons for support and damage-dealing roles, a flexible weapon for any kind of build, and usually proven effective at any kind of scenario in battle.

Crossbows like the Butterfly Crossbow is the second type of range weapon in Minecraft Dungeons, proven strong in damage, but slower to reload. Crossbows are selected for their high damage and are still proven to be useful, having the right enchantments to increase the fire rate will make this weapon on par with the Bow, and a worthy weapon to use in the battlefield.

Best Artifacts for Each Build in Minecraft Dungeons

There are quite a few Artifacts added in Minecraft Dungeons, although Artifacts may be a personal tactical choice for the players fighting style, there are some artifacts that are very useful for a specific character build, so keep in mind because it may contribute a lot during the battle for the specific builds mentioned.

Boots of Swiftness is a must, it’s an artifact that makes chasing and escaping an easy tactical advantage. The artifact increases your movement speed enabling you to run faster for a few seconds which definitely makes it a needed artifact for any kind of Melee Builds, and Archer Builds.

Wind Horn is a powerful knockback skill, it’s also another Artifact used for escaping, allowing you to pushback enemies further away from you, so use this when you are surrounded and need to escape to regenerate health. It’s a great backup artifact for tanks, supports or weaker physical defense builds.

Tasty Bone is probably the best Supporting artifact that you can have with any character build since it spawns wolf companions to fight along your side. Something that you should have equipped with any kind of build.

Death Cap Mushroom is also another supporting artifact that increases the attack speed and movement speed of the character for a limited time, it provides a great buff for melee builds and we all need that extra boost during combat.

Artifacts Specifically made for Archer Builds

This is an essential Artifact for Archery Builds because for every few arrows shot, it will add a fire arrow to the next shot. An ability that all archers need in their arsenal is to have fire arrows to make killing any target easier.

You guessed it, on the impact the arrow explodes damaging anything around the area of effect, it proves useful as an AOE skill to clear any horde of enemies quicker in great amounts making the grind effortless.

1.   Don’t repetitively use them

Unless you have a lot of it because Artifacts are useable items meaning that they are once per use, so you have to grind enough or get them from the NPC that trades Artifacts but thankfully Artifacts are easy to grind for as well, but even then, it is still wise to not repetitively use them in scenarios that aren’t really necessary because consumption can be quick if you don’t notice it.

2.   Remember that they have a cooldown.

Some Artifacts may have longer cooldowns than others, so again, it’s preferred to not use them in moments that don’t call for it, so if ever later on when you really do need to use it, it will be ready to save you.

3.   Use the powerful artifacts during “clutch moments”

Of course, you can use it during a normal fight, but it will be a waste of a powerful Artifact if you don’t use it during moments like beating a boss or any strong opponent.