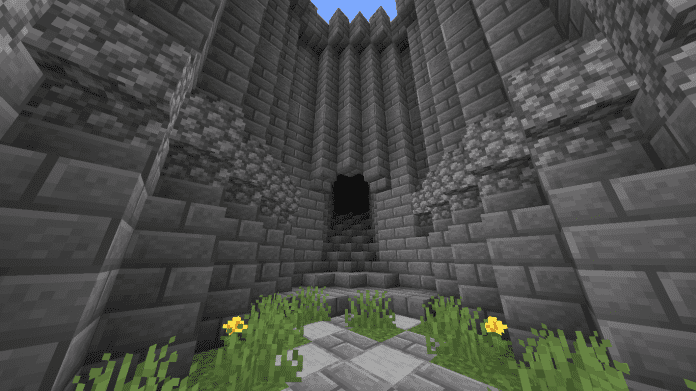 Dragonstone is a Minecraft Castle map for Minecraft 1.14.4. This castle is made completely out of stone, giving it a creepy feel that only a dragon would live in!

You will find a long, winding bridge that leads you to the castle. After walking up the bridge, you will follow a path around the side of the castle that will lead you to a dark entryway.

When you enter the castle, you will enter an empty, dark room. The only light in this room comes from tiny windows at the top of the walls. The room seems as if it is supposed to be some type of dungeon or basement.

There does not seem to be any stairs leading to a different part of the castle, so you will have to fly there instead.

Higher up on the castle, there is a large outside balcony that stretches around the entire castle. The walls of the castle are very detailed, even though it is all made out of stone.

Again, there seems to be no entryway into the castle or a staircase up to the third story, so you will have to fly.

On the third story of the castle, there is another stone balcony, but it is not nearly as large as the one before.

You can find your way into the inside of the castle through some holes in the walls and roof, but there is nothing in the castle to look at. It is completely empty and dark.

There is a room with white stained glass windows that is also completely empty.

The island that Dragonstone sits on does not have any other land near it. The land has a lot of hills and cliffs. However, the land does not look completely natural. You can almost tell that the creator used WorldEdit to create the entire island, which makes it look a bit choppy, not smooth.

The castle looks very unique, almost as if a dragon lives there, which the name, Dragonstone, suggests.

Overall, the outside of Dragonstone is very well done. It really seems as if it is a castle suitable for a dragon, not for humans. It almost looks as if it is just one huge dungeon. But, the inside of the castle was completely empty. This takes away from the overall build. Dragonstone would have been a lot more fun to explore if you could go inside and look through all of the rooms. Due to there not being anything inside, this map only took a few minutes to explore. It is not the type of map you can download and have a good time looking around. Possibly you could use this map to play with friends. The land that Dragonstone sits on does not look natural at all.

How do I install Minecraft Castles

Download the map file and, using a file extractor, export the contents of the file to a location on your computer. When that’s finished, locate the directory where your Minecraft saves are kept. This will be different depending on the operating system of your computer. If you’re not sure where to look, use the table below:

The same process applies for multiplayer too, but the location of your saves folder is always different depending on what client or server software you use. 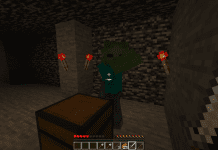 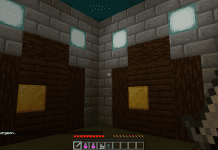 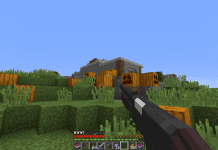