The Top 10 Minecraft Dungeons FAQ has been one of the most searched lists on the internet right now. Minecraft Dungeons has been recently buzzing as one of the most prominent child-friendly RPG games under the hack-and-slash genre. This dungeon crawler is expected to sell at least 50,000 copies minimum during its launch with thousands of people already pre-purchasing the game and playing the beta.

There have already been thousands of queries on the entire internet and we have compiled the top 10 frequently asked questions and answered them in the simplest way possible to make things easier for you. 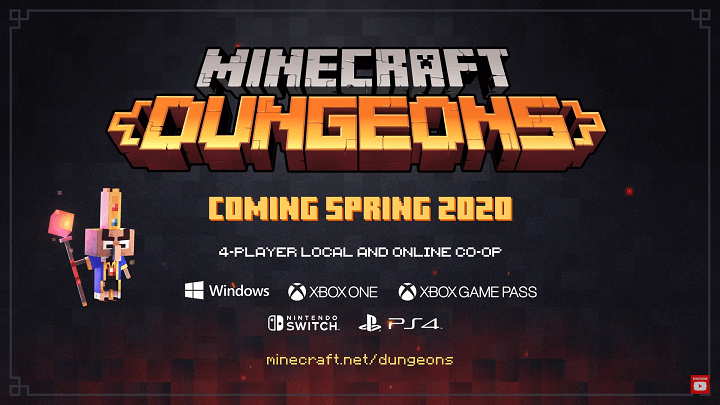 How much will Minecraft Dungeons Cost? Will it be FREE?

The Standard Edition of Minecraft Dungeons will cost $19.99 USD. The Minecraft Dungeons Hero Edition can be purchased from the official site for the price of $29.99 USD. The Hero Edition will include a hero cape for you to use, two-player skins, plus you also get an awesome chicken pet that you can use within the game. It will also include two DLC packs that will be available when the game goes live. 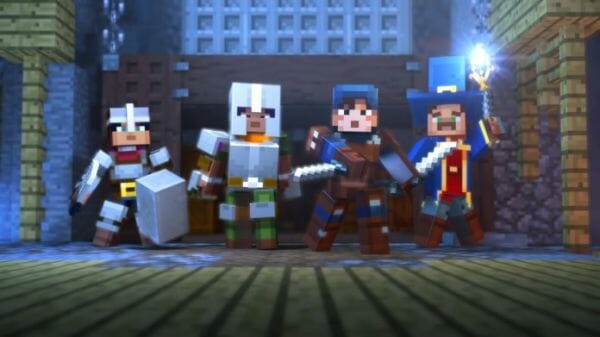 Will The New Minecraft Dungeons be Multiplayer?

Yes, you can team up with up to four players to fight with. You can hook up through local and online co-op modes that are available for both standard and hero edition. Fight through hordes of mobs in a whole new RPG hack-n-slash game. If you are into dungeon crawlers and Minecraft then this game is definitely a must-have for you and your friends as you rally towards unknown dungeons and take down the Arch-illager.

Are There New Mobs in Minecraft Dungeons?

Yes, there are tons of new mobs that you have not faced before which you can encounter as part of the storyline in Minecraft Dungeons. There are tons of unfamiliar mobs to discover in addition to all of the trademark baddies you have already faced such as Creepers, Endermen, Skeletons, and Zombies. For example, you get to meet the Key Golem which is a friendly mob that helps you open all of the locked doors. It makes funny noises and is very cute. 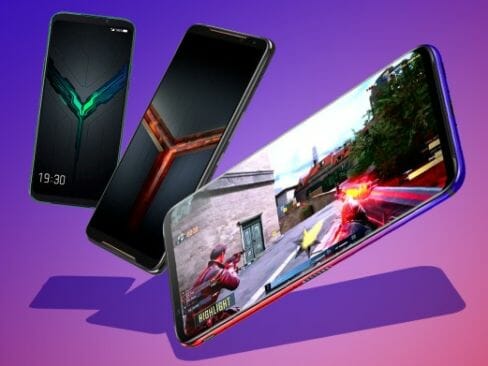 Can you play Minecraft Dungeons on Mobile Devices?

No, however, you do not have to worry. If you are a gamer who prefers to play in a pocket console then you will love the fact that it is available for the Nintendo Switch. Minecraft Dungeons strictly intends to only be available for the four major gaming platforms. This includes Xbox, Windows, Playstation, and the Nintendo Switch. This, unfortunately, means that mobile download is not available but this is all understandable due to the fact of the limitations of a mobile device.

Yes, just like the original Minecraft, Minecraft Dungeons is a rewarding game that helps Children and Adults alike in developing better response time, better reaction time, and learning along with the cute storyline. The whole Minecraft franchise has proven time and time again that their games are both deep and rewarding. The game is super easy to understand and the controls are very user friendly. It is fun yet non-addictive, so this game is very friendly for those parents and kids who want to quit the game when they realize that homework is not done yet or it’s nearly bedtime. 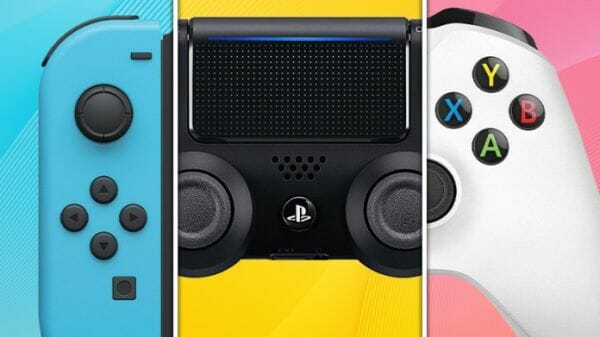 What platforms will Minecraft Dungeons be on?

Minecraft Dungeons is exclusively going to be released together and simultaneously on Xbox One, Nintendo Switch, PlayStation 4, and of course Windows. The game is also going to be very available on the Xbox Game Pass at the very launch for PC and for Xbox One as well. 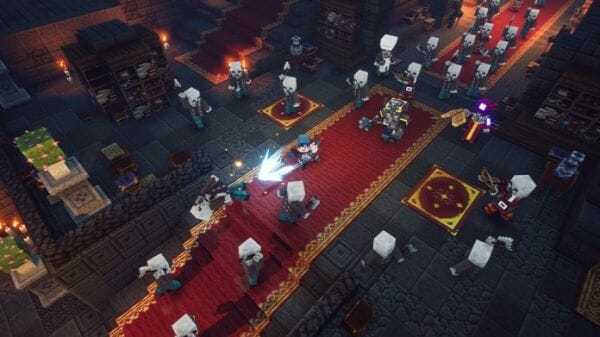 How Does Combat in Minecraft Dungeons Work?

Combat in Minecraft Dungeons works like most hack-n-slash dungeon crawlers. It takes in realtime and has plenty of emphasis on weapons, enchantments, equipment, and gear. The Catch is, there are no classes. You are free to play any style you want and switch accordingly to the circumstance. The developers of the game have claimed that they have somewhat perfected the balance in tuning the items to fully accommodate plenty of unique fighting styles depending on the player’s preference. This makes it super easy to find your role in co-op multiplayer modes. You can also customize and enchant weapons and get stronger and even stronger. 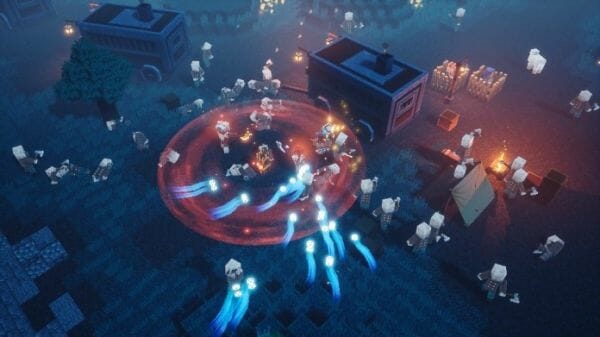 Do Missions in Minecraft Dungeons Change from one Game to the Next?

Yes! Since Minecraft Dungeons is a mix of procedural content which was carefully crafted to be unique on each “dungeon”, this means that each mission will have different dungeons but have the same objectives and narratives. You get to have a new dungeon on each level, new mobs, and more! This makes the game’s replay value super high. In summary, this means that the mission, objectives, and storyline remain the same however you get a new path, new map, new mob, new loot, and new treasures every time you play.

Processor: Core i5 2.8GHz or equivalent

Do note that the performance scales with higher-end systems. Plus, this game is not supported on Windows 10S.

However, please note that you can also try to download the game on a slower machine. To run Minecraft: Dungeons on decent graphics you will need to at least have a 0MB GeForce GTX 650 2GB or a Radeon HD 6770. You will also need to have at least a Core i3-3240 3.4GHz or Phenom II X4 40 CPU. Also, you will need at least 4gb of ram. However, the DirectX 11 requirement is constant. 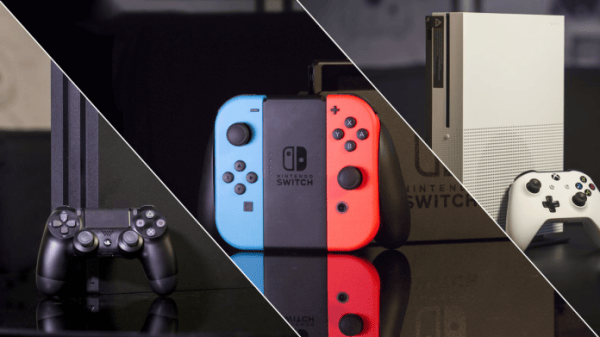 No, as stated by Mojang during the initial launch of the game you will only be able to play local and online co-op multiplayer with players on the same platform. However, on an interview, they have stated that there is a possible PC to Xbox crossplay available but zero guarantees for the other platforms that can run Minecraft Dungeons.

To Summarize The Top FAQ’s

How much will Minecraft Dungeons Cost? Will it be FREE?

No there will not be a free version, but you can buy the standard edition of the new minecraft Dungeons for $19.99.  The Hero Edition is $29.99 and comes with a Hero Cape, 2 Player Skins, and an awesome chicken pet.

Yes, you can team up with up to four players to fight with but will not get matched up with or against other players. These are local and online co-ops models, so not a true multiplayer to play against other users.

Are There New Mobs in Minecraft Dungeons?

Yes, there are tons of new mobs which you have not faced before which you can encounter as part of the storyline in Minecraft Dungeons. There are tons of unfamiliar mobs to discover in addition to all of the trademark baddies you have already faced such as Creepers, Endermen, Skeletons, and Zombies.

Can you play Minecraft Dungeons on Mobile Devices?

No, right now the new Minecraft Dungeons does not work on mobile devices. However, if you are a gamer who prefers to play in a pocket console then you will love the fact that it is available for the Nintendo Switch.

Yes, in my optionion Minecraft is suitable for kids, but may not be for overprotective parents. It is better than the original in that you are not playing against random players, and multiplayer games can only be done with people you know. It is not as violent as other games, but super fun to play! 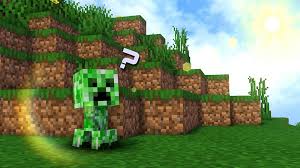 I have More Questions

If you have more questions that have not yet been answered, chances are you can find the answer on our website. If not, do not be a stranger. Send us an email, or contact us through our contact form. See you in the game! 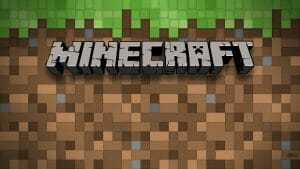 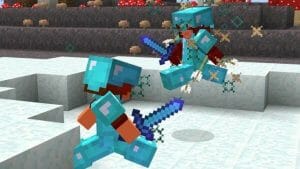 If you are having trouble with designing your cottage here in Minecraft, END_OF_DOCUMENT_TOKEN_TO_BE_REPLACED 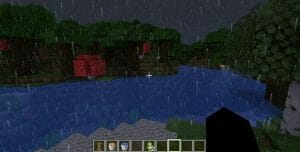 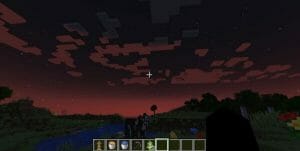 Awesome Skies 1.19.3 Texture Pack is pack that improve the look and END_OF_DOCUMENT_TOKEN_TO_BE_REPLACED 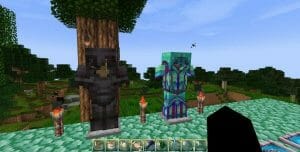